In the panic over the coronavirus, arts organisation are pleading for support as performances and festivals are cancelled, museums and galleries close and whole areas of the country are threatened with lockdown.

The sector’s union, the Media, Entertainment and Arts Alliance (MEAA) says that its people are especially vulnerable, since at least two-thirds of them are casuals or freelancers. Equally if not more affected are the artists and musicians who may have worked for months or years towards a major event only to have it cancelled.

Federal Arts Minister Paul Fletcher on Tuesday took a conference call to listen to representations about the circumstances facing the arts. But don’t hold your breath for anything approaching an adequate rescue package.

Brace, instead, for greater shocks to come. There’s a Federal Budget due on 12 May and State budgets in May and June. Faced with the final disappearance of the surplus that never was, Federal Treasurer Josh Frydenburg will be looking to cut spending wherever he can get away with it – and for Coalition governments, the arts are always first in line for the chop.

Nowhere is this more so than in NSW, where Treasurer Dominic Perrottet has already warned that his June budget will be “horrible”. If the Berejiklian government had any vision or integrity it would take the dual climate and health emergencies as the opportunity to halt its ill-conceived “cultural infrastructure” plans, much criticised by eminent arts professionals, and redirect the money to sustaining the sector through the crisis.

There have always been better ways to use the $1.5 billion estimated cost of dismantling the historic Powerhouse Museum and relocating part of it to Parramatta, to a site repeatedly flooded as it was in the torrential rains of early February. Following that catastrophe a Sydney Morning Herald readers’ panel came down 85% in favour of abandoning the relocation.

Perrottet and Premier Berejiklian will not be taking such an eminently sane course. In sticking to their Sydney-centric, pro-developer plans they paint themselves, as Perrottet did in the press on 28 February, as “championing progress against a throng of nominal progressives all standing athwart the city yelling ‘stop’.”

This has enraged those who followed the previous parliament’s Inquiry into Museums and Galleries which probed the extreme secrecy surrounding the project and aired the many well-informed objections to it.

There have been heated exchanges on Macquarie Street. On 3 March Arts Minister Don Harwin and Powerhouse director Lisa Havilah were subjected to a grilling in the Upper House finance committee over the contentious design for the Parramatta building and the recent flooding. At the same time divisions emerged in the Coalition over the project. Media reported that Deputy Premier and Nationals leader John Barilaro – not noted for his support for the arts, but always on the lookout for pork-barrelling opportunities – had told Opposition leader Jodi McKay in a crowded Parliament House lift that the move should be scrapped and funds diverted to the bush.

On 5 March there was a rowdy session in the Legislative Assembly when government ministers Perrottet, Hazzard (Health) and Constance (Transport) attempted to prevent Dr Hugh McDermott, Labor member for Prospect, asking a question of the Chair of the Committee on Investment, Industry and Regional Development Justin Clancy. The question, allowed by the Speaker, was: “Do you and your committee support the Premier’s plan to spend $1.5 billion relocating the Powerhouse Museum instead of on drought relief?” In his response Clancy waxed lyrical about that day’s “beautiful rain” and the continued drought but failed to answer the question.

The government remains obdurate, and that means questions remain about what secret deals have been done over the Ultimo site of the present museum. Late last year Darren Steinberg, chief executive of property developer group Dexus, resigned from the MAAS Trust which oversees the Powerhouse, citing conflict of interest over the potential acquisition of the Ultimo site. He had been on the board for less than a year – one of Arts Minister Don Harwin’s appointments. You have to wonder what has been going on. 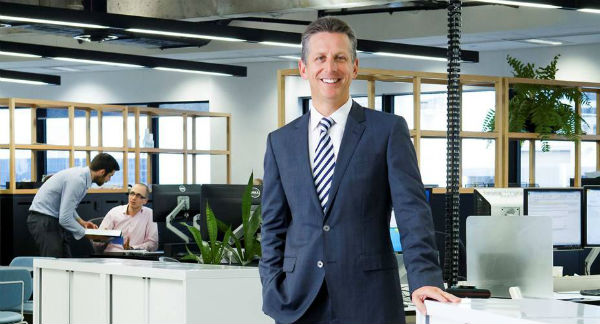 As for McDermott’s suggestion in Parliament that the costs of the Powerhouse project could be diverted to drought relief – he’s wrong. There are many ways to help the bush, but denuding the cultural sector is not one. Museums consultant Kylie Winkworth points out that an architect-designed regional museum could be built for $10-$15 million, so that 10% of the Powerhouse relocation costs would fund 15 new regional institutions, giving heart to local communities.

The remaining funds should go to supporting the arts through the present crisis and beyond, restoring some of the spending cuts that have devastated organisations large and small.

In the present crisis, people need uplifting experiences more than ever. We need the arts. In Germany and France, governments have pledged support packages. In Australia, we have to demand not only equivalent measures, but an end to the persistent cuts in arts funding, and a rethinking of vanity projects of the NSW kind. That will provide the hope we need to help us get through the present crisis.

This article first appeared on John Menadue’s site Pearls & Irritations, where I now contribute a fortnightly column on arts and culture. The first of these was ‘Whatever happened to Whitlam’s vision for the arts?’